This original announcement was published by the EPA on February 7, 2022. Click here for more information.

Today, the U.S. Environmental Protection Agency (EPA) issued a proposed rule seeking public comment on the need to extend the deadline up to but no longer than November 4, 2024 for states, territories, tribes and federal agencies with existing certification plans to comply with the updated federal standards under the 2017 Certification of Pesticide Applicators rule.

The 2017 Certification of Pesticide Applicators final rule set stronger standards for people who apply restricted use pesticides (RUPs) and required that states, territories, tribes and federal agencies with existing certification plans submit proposed modifications by March 4, 2020, to comply with the updated federal standards. In December 2021, EPA issued an interim final rule extending the existing plans’ expiration deadline from March 4, 2022, to November 4, 2022, due to the impact of the COVID-19 public health emergency, the complexity of plans, and the need for careful review of program-specific issues and questions.

Comments submitted on the interim final rule and on this proposed rule will be used to inform a further extension. The comment period for the proposed rule is open for 30 days in docket EPA-HQ-OPP-2021-0831 at www.regulations.gov.

EPA Expands Pesticide Outreach and Education to Better Meet the Needs of Pesticide Applicators, including Farmworkers, and Consumers 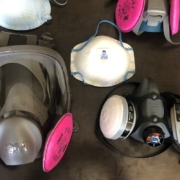