This original announcement was published by the EPA on October 13, 2022. Click here for more information.

Based on this assessment, the Agency is issuing a partial grant / partial denial of the Natural Resources Defense Council’s (NRDC) 2009 petition to cancel all pet uses of TCVP and is moving to draft a proposed Notice of Intent to Cancel (NOIC) the TCVP pet collars registrations. Having conducted an extensive evaluation of available data on TCVP’s potential human health impacts, EPA finds that there are unacceptable risks from pet collars for children exposed when contacting pets wearing collars and is granting the petition as to pet collars containing TCVP. However, it is EPA’s understanding that the registrant is currently working on two studies related to the risks of TCVP from pet collars and plans to submit that data to EPA by the end of the year. Should the Agency receive data that impacts the current conclusions for TCVP pet collars, the Agency will review that data, make its review publicly available, update the TCVP risk assessment as appropriate, and make this information available for public comment. Additionally, EPA is denying the petition as to the remainder of currently registered TCVP pet uses based on the Agency not finding risks of concern to residents from use of liquid pumps/trigger sprays containing TCVP.

EPA initially issued a denial of NRDC’s petition in November 2014 based on the available data at the time. In January 2015, NRDC filed a petition for review of EPA’s denial. In September 2015, EPA sought a voluntary remand of its 2014 denial, which the Court granted in June 2016. In December 2016, EPA issued a new risk assessment for TCVP, and EPA informed NRDC in March 2017 that the Agency intended to address any risk mitigation issues in the course of registration review. On a Petition for Writ of Mandamus, the Ninth Circuit ordered EPA to respond to NRDC’s petition by July 21, 2020, which EPA did by denying the petition. On a Petition for Review of that 2020 denial, the Court vacated EPA’s decision and remanded to the Agency for a new decision by October 11, 2022.

Upon reevaluation of the data in the October 2022 revised human health risk assessment, the Agency found that risk estimates for all pet collars exceeded the level of concern for residential uses. Risk estimates for currently registered liquid sprays containing TCVP do not exceed EPA’s level of concern. Based on currently available data and taking into consideration the benefits of currently registered residential uses for TCVP, EPA cannot determine that there are no unreasonable adverse effects from residential exposure to TCVP in pet collars. EPA is granting the petition to cancel TCVP use in pet collars in order to reduce risks to vulnerable populations, especially children, by reducing TCVP exposure from pet collars.

EPA is moving to draft a proposed NOIC for TCVP pet collars but is awaiting more data from the registrant that the registrant has informed EPA it is preparing. EPA intends to incorporate into the drafting of the NOIC any data received by the end of the year. Should the new data change the Agency’s conclusions, those conclusions will be captured in an updated risk assessment, as well as the Proposed Interim Decision (PID) for TCVP, which will be open for public comment. The Agency would not further pursue a NOIC if the data demonstrate that there is no longer a risk of concern for any TCVP pet collars.

The October 2022 revised human health risk assessment updates a 2020 risk assessment and uses a more refined assessment of exposure data. EPA reevaluated the methodology used in a pet collar dust torsion study submitted and originally reviewed in 2019 and determined that the study did not adequately assess the physical form (liquid or dust) of TCVP released from the pet collars.

The October 2022 revised human health risk assessment is the basis for EPA’s response to NRDC’s petition on remand and will also be incorporated into the ongoing registration review of TCVP under section 3(g) of the Federal Insecticide, Fungicide and Rodenticide Act (FIFRA) (a separate process from the NRDC response). FIFRA section 3(g) requires EPA to review pesticides every 15 years to ensure that risk assessments reflect the best available science, and to ensure that registered products in the marketplace do not present unreasonable adverse effects to human health and the environment.

The action EPA is announcing today also responds to the Ninth Circuit U.S. Court of Appeals’ vacatur of EPA’s 2020 denial of NRDC’s petition to cancel all pet uses of TCVP and remand to the Agency to issue a new response to NRDC’s petition by October 11, 2022.

EPA will take public comment on the revised human health risk assessment during the same 60-day public comment period that the Agency plans to open when it issues its PID in 2023. The PID, which is the next step in the FIFRA registration review process, will outline potential risk management options for this insecticide to address any potential risks of concern identified in the draft risk assessments. EPA will update the TCVP risk assessment and make this updated information available for public comment. Should data be submitted to EPA by the end of the year that demonstrates that there is no longer a risk of concern for any TCVP pet collars, the Agency would no longer pursue a NOIC. Based on the currently available data, EPA is moving to initiate a NOIC for TCVP pet collars. Learn more about the registration review process.

Consumers should continue to read the label and take certain precautions when handling TCVP products in residential areas. These precautions are listed on TCVP product labels, including not allowing children to play with TCVP pet collar products, keeping TCVP spray out of reach of children, and washing hands thoroughly with soap and water after handling.

More information about TCVP and the NRDC petition is available on EPA’s website. 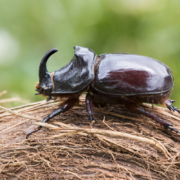 Chlorpyrifos registrations to be canceled by California EPA